Why is our name CPU? 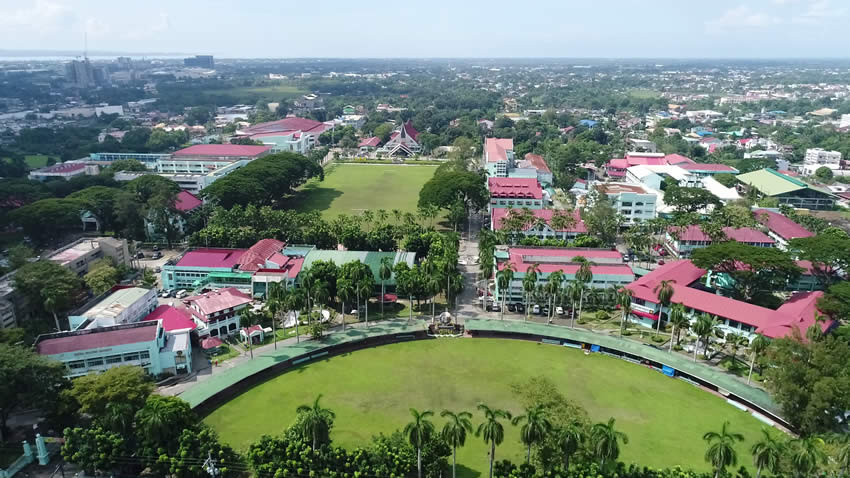 God is faithful to the school since the time of Jaro Industrial School up to Central Philippine University.

Have you ever asked yourself, why our Alma Mater is named Central Philippine University? Where did it come from?

The American Baptist missionaries named our school Jaro Industrial School for it was a Christian institution that focused on the manual industrial training of young men and women. Rev. William O. Valentine, the first principal of JIS wrote, “The original purpose of the school was to provide opportunity for poor Filipino boys to receive a good Christian industrial education by working their way through school. Actual work experience and earnest study of the Bible were the core of the curriculum” (William O. Valentine, Moral and Religious Values of Industrial Education, 1916).

The pivotal year when JIS was changed to Central Philippine School was in 1923 when Dr. Harland Francis Chandler Stuart was the president. Dr. Stuart succeeded Rev. Dr. Alton Ezra Bigelow who was the president during 1918-1922.

In 1924, when the college courses were approved by the government, the name was changed to Central Philippine College. Later on, in April 1, 1953, the government approved the new status of the school and it was renamed to Central Philippine University in a Board of Trustees meeting on August 1, 1953. Why the change of name when they could have just called it Jaro College or Jaro University?

As of this time, there is no historical record that could explain the change of name. The oldest Centralite in the archive was published in 1930, and the earliest minutes recorded were those of the Board of Trustees from the year 1935. But gleaning from extant sources, here are some possible reasons why they used “Central Philippine.”

Second, the school seal designed by Rev. Dr. Francis Rose in 1923 when it became Central Philippine College, and which was subsequently approved by the Board of Trustees in 1924, has “rays” that spread throughout the country. These “rays” that represent light emanate from the area in Panay where Central Philippine University is located. Dr. Rose made a bold declaration that from the center point of the country, Centralians must continue to bear witness that Jesus is at the center of our lives.

Third, the school song entitled “Central Spirit,” composed by Rev. Dr. Francis Rose, points to the perspective of the American Baptist missionaries that the school campus is at the center of the Philippines. One line of the song states, “Sweeps our Isles from sea to sea.” This line can be assumed to be talking about reaching the islands from the center towards the northern part and towards the southern part of the Philippines.

Hopefully, we can find more sources to corroborate the above assumptions, or better still, if we can find records that explicitly tell us the reason behind the change of name. If you can add more information or if you can point to some historical records, please do not hesitate to email us at communications@cpu.edu.ph.

An article published on February 15, 2019 misstated the names of Mrs. Angel Robles and Mrs. Lydia Robles.

Mrs. Angel Robles was one of the organizers of the reunion mentioned in the article. Mrs. Lydia Robles, on the other hand, is a member of the batch interviewed for the article.

Our heartfelt apologies for this oversight.