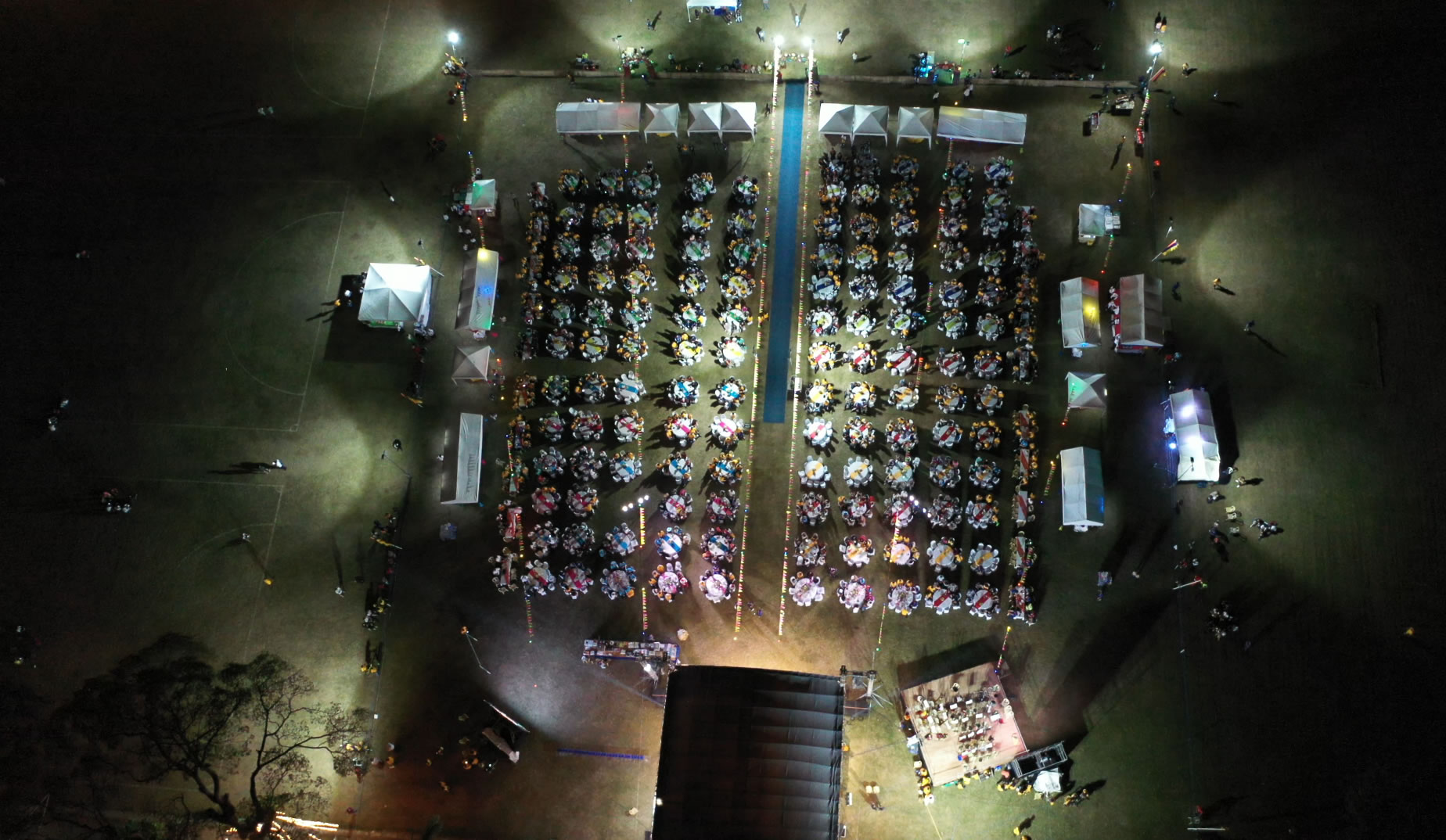 It was a barrio fiesta atmosphere during the Opening Night at the Big Field.

Alumni from different parts of the country and the world gathered for the Barrio Fiesta Opening Celebration of the Grand Alumni Homecoming on Wednesday night, February 5, 2020, at the Big Field.

In true Barrio Fiesta fashion, the field was reminiscent of a big Filipino party, with banderitas and hand-woven decor.

“It has always been my dream to hold the Alumni Homecoming here in CPU,” said CPU President Dr. Teodoro C. Robles in his welcome remarks. The Alumni Homecoming has been held in different parts of the world and it’s the first time in several years that it has made its way on the main campus. Dr.  Robles also thanked the alumni for their constant support to the university and its ongoing projects. 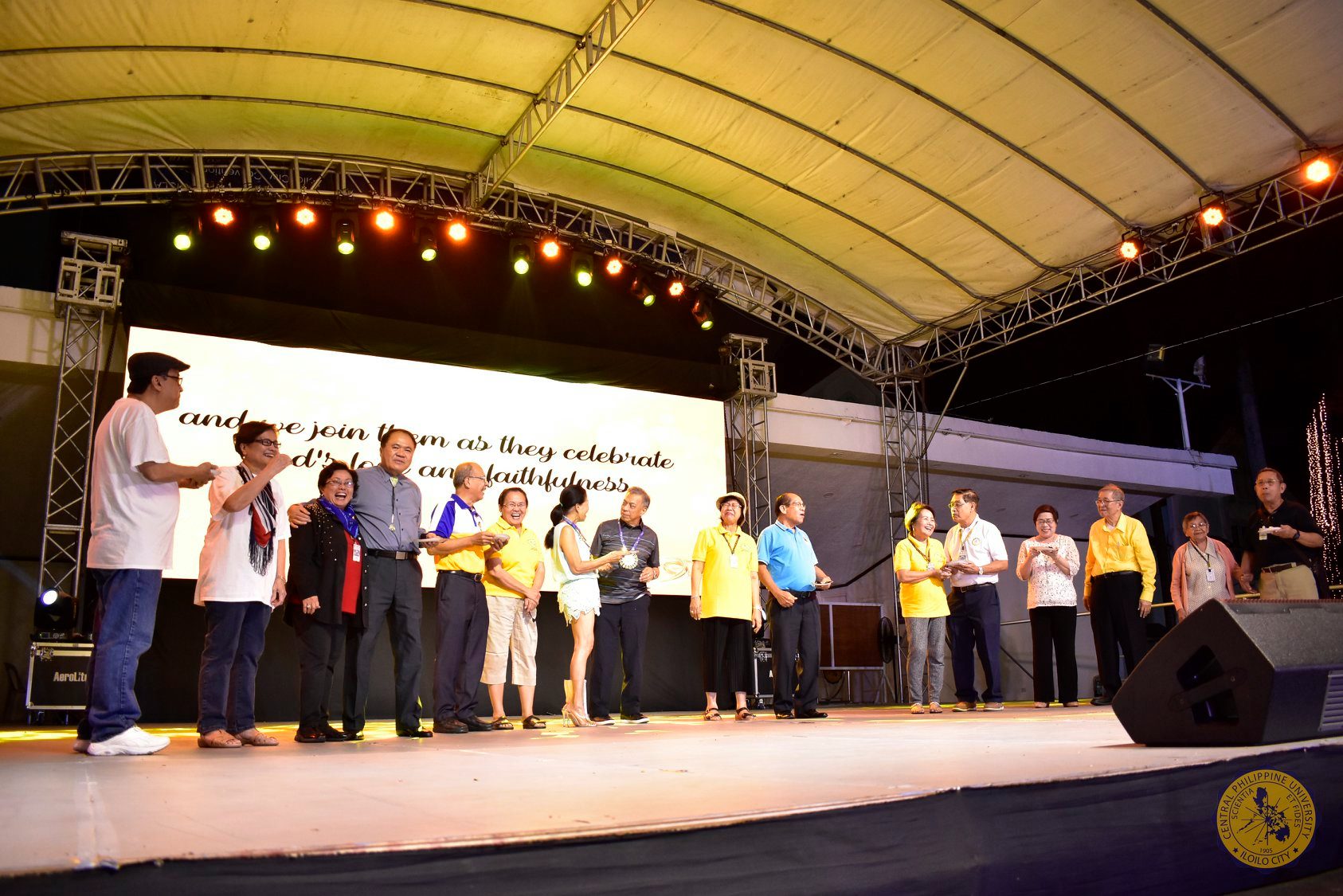 Dr. Teodoro Robles and Mrs. Angel Robles led the Golden Wedding Anniversary celebrants who were given due recognition.

Aside from members of active alumni chapters, various high school and college batches were also present in the event.

Attendees from youngest to oldest were recognized as well as couples celebrating their 50th wedding anniversary. Dr. Teodoro and Mrs. Angel Robles were among the Jubilarian couples. 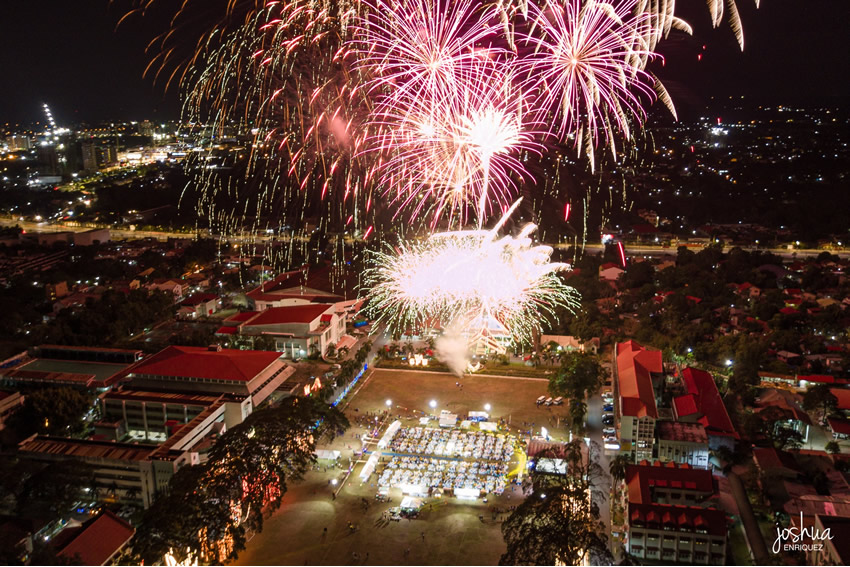 There were more than 1,500 Centralians who registered in the CPU Grand Alumni Homecoming.