The story behind the CPU seal 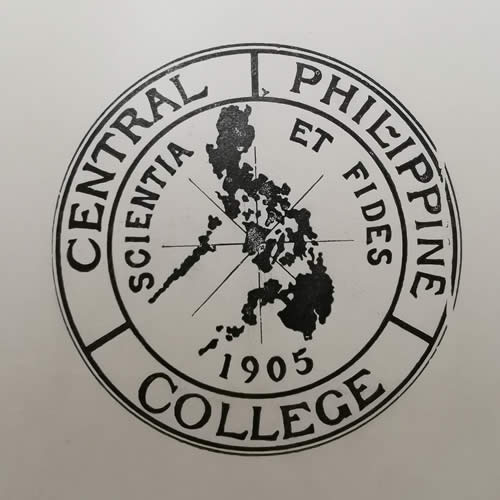 Have you ever wondered who designed the seal of Central Philippine University and the story behind it?

Section 2 of Article IX of the CPU Corporation Constitution and By-law states that “Unless otherwise revised per Section 1 hereof, the present logo of the University, circular in shape with the circumferential inscription *CENTRAL PHILIPPINE UNIVERSITY *ILOILO CITY*, with the relief map of the Philippines in the inner circle, with lines issuing as rays from Panay Island, with the inscription “SCIENTIA ET FIDES” and “1905”, shall be the seal of the University. This seal bears the University colors gold and blue, with the letters, map, lines and stars on blue against gold.”

The “rays” coming from Jaro, Iloilo City, Panay Island are numbered 12. Why do you think is this so? Since Rose was a pastor, the reason could have been theological in nature. As of this time there are no extant sources that explains this. But in all probability what these 12 rays signify are the 12 disciples of Jesus Christ, and as such CPU must continue to be a disciple of Jesus doing the mission of proclaiming the Gospel in every opportunity. These “rays” that represent “light” emanates from the area where Central Philippine University is located. Dr. Rose has made a bold declaration that from the center point of our country, Centralians must continue to bear witness that Jesus is the light of the world and should be at the center of our lives. 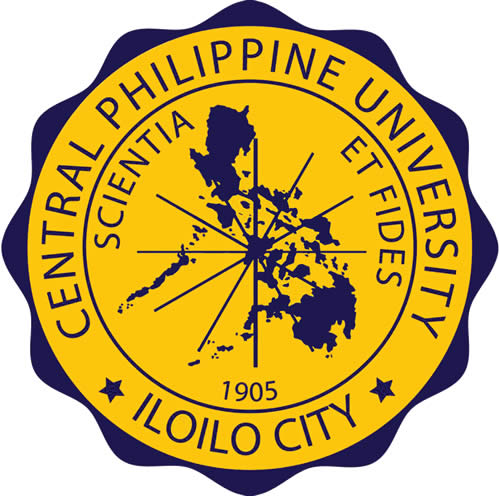 More the just a symbol of representing the university, the CPU seal is a testimony of the mission and vision of the university to produce exemplary Christian learners for life.

Another interesting design is the addition of the 12 arcs outside the circle. From 1923 up to 1952, all Centralite issues and extant pictures show that the seal has no arcs. Starting in 1954 in the Centralite, Central Echo and CPUR extant pictures, the seal has now 12 arcs up to the present time. In the same manner, the symbolical meaning of these 12 arcs comes from the 12 disciples of the Lord Jesus Christ.

What about the motto of CPU which is Scientia et Fides? Scientia is a Latin word that means Science or Knowledge while Fides means Faith. Dr. Francis Rose envisioned that CPU must integrate science and faith in its curriculum. One can imagine Dr. Rose who was assigned to the Department of Zoology of Central Philippine College in the 1930s saying, “Here at Central we teach biology or the study of life and living organisms; but at the end of the day, the bottom line of teaching biology is teaching the students how great is our God and how beautiful is our world.”

So every time you see the CPU seal, think about the meaning behind the symbols and say to yourself, “I am going to live up to what CPU stands for.”