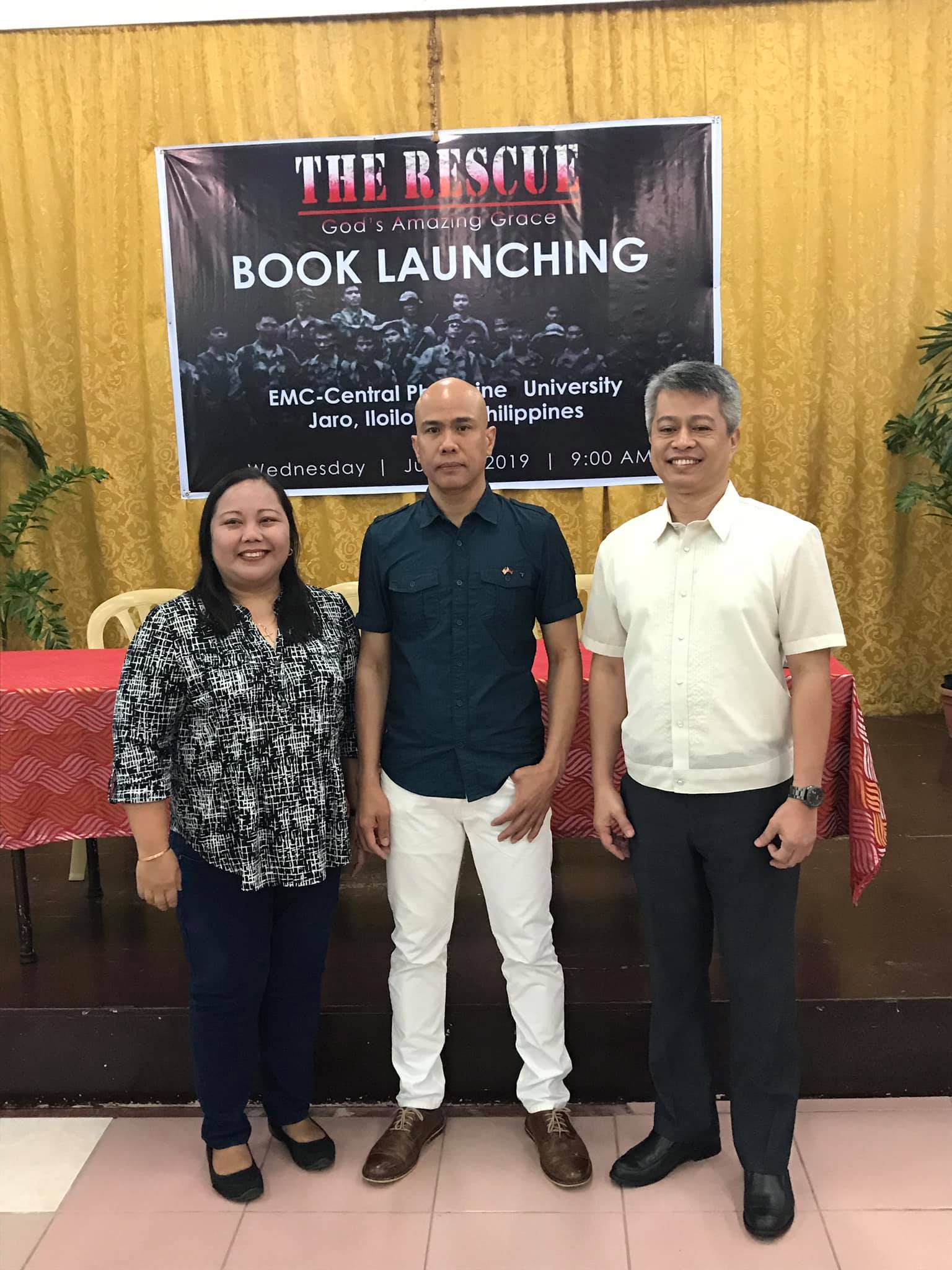 Mr. Oliver D. Almonares is a Centralian hailing from Alimodian, Iloilo. He is the former Commanding Officer of the 15th Scout Ranger Company and Special Operations Command of the Philippine Army while Dr. Philip Fortuno, his co-author, penned the best-selling book, No Man Left Behind: A Story of Valor in the Battle of Marawi, published in 2018. The book is about The book is about the mission to rescue those who were kidnapped by the Abu Sayyaf way back in 2002.

On behalf of the University President, Dr. Teodoro C. Robles, Prof. Esther Rose Romarate, faculty member, Department of Languages, Mass Communication and Humanities (DLMCH), warmly welcomed the authors, guests, and visitors from all over the country. It was then followed by songs of praise, acknowledging the goodness of the Almighty God. 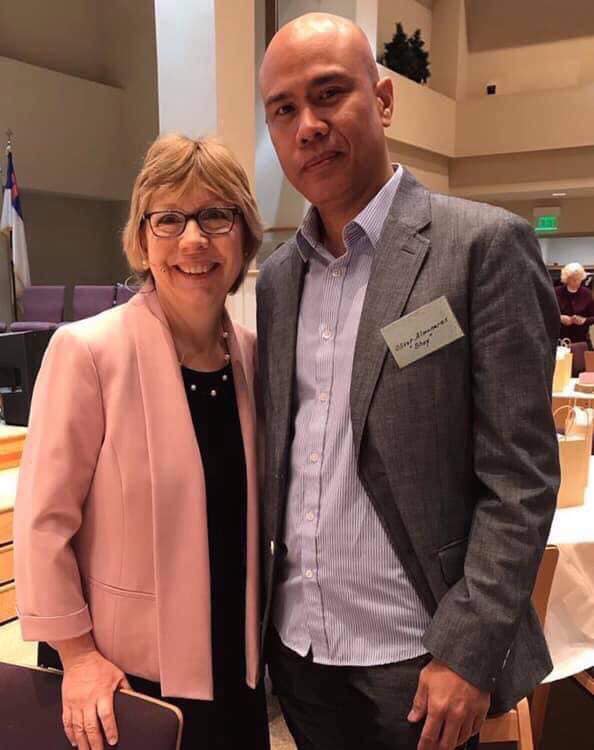 Bea B. Almonares, Almonares’ daughter, shared her thoughts about the book being launched and about the authors. “As a military man, expect man naton siguro nga very [action-filled] ang libro, may mga battle scenes. Pero, it is also [composed] of small actions nga nagresulta sang dako nga impact sa kabuhi sang iban kag sa kabuhi ni Papa kag ni Uncle Philip. Ang libro, memoir man ni Papa. Military man si Papa pero para sa akon, papa ko siya.” (As a military man, we would expect that the book is filled with action and battle scenes. However, it is also full of small incidents that had a big impact on the lives of others and those of Papa and Uncle Philip. The book is also Papa’s memoir. Papa is a military man, but for me, he is [just] my father.)

Meanwhile, Gracia Burnham, who served with the New Tribes Mission in the Philippines for 17 years and Almonares’ colleague, spoke more about him and her appreciation for his work through a video greeting. Since the rescue in 2002, Gracia has become an internationally sought speaker and author of two best-selling books, In the Presence of my Enemies (2003) and To Fly Again (2005).

Almonares then shared his experiences as a military man against terrorists and how God spared and rescued his life in all his combat missions. He narrates that the series of events following their mission revealed the overall plan of God’s redemptive power “for [him], Gracia, and others who were directly involved in that rescue.” He claimed that God is his Commander-in-Chief, his King of kings and Lord of lords and he gave glory to God for this milestone in his life.

He also thanked CPU for giving him the opportunity to conduct his book launching in his alma mater. In response, the authors donated copies of their book to the CPU Junior High School where he spent his high school days; and to the CPU Library.

The celebration ended with the singing of the CPU Alma Mater song, a closing prayer, and book signing.