Sir Edwin Laruan: A victorious life and a legacy 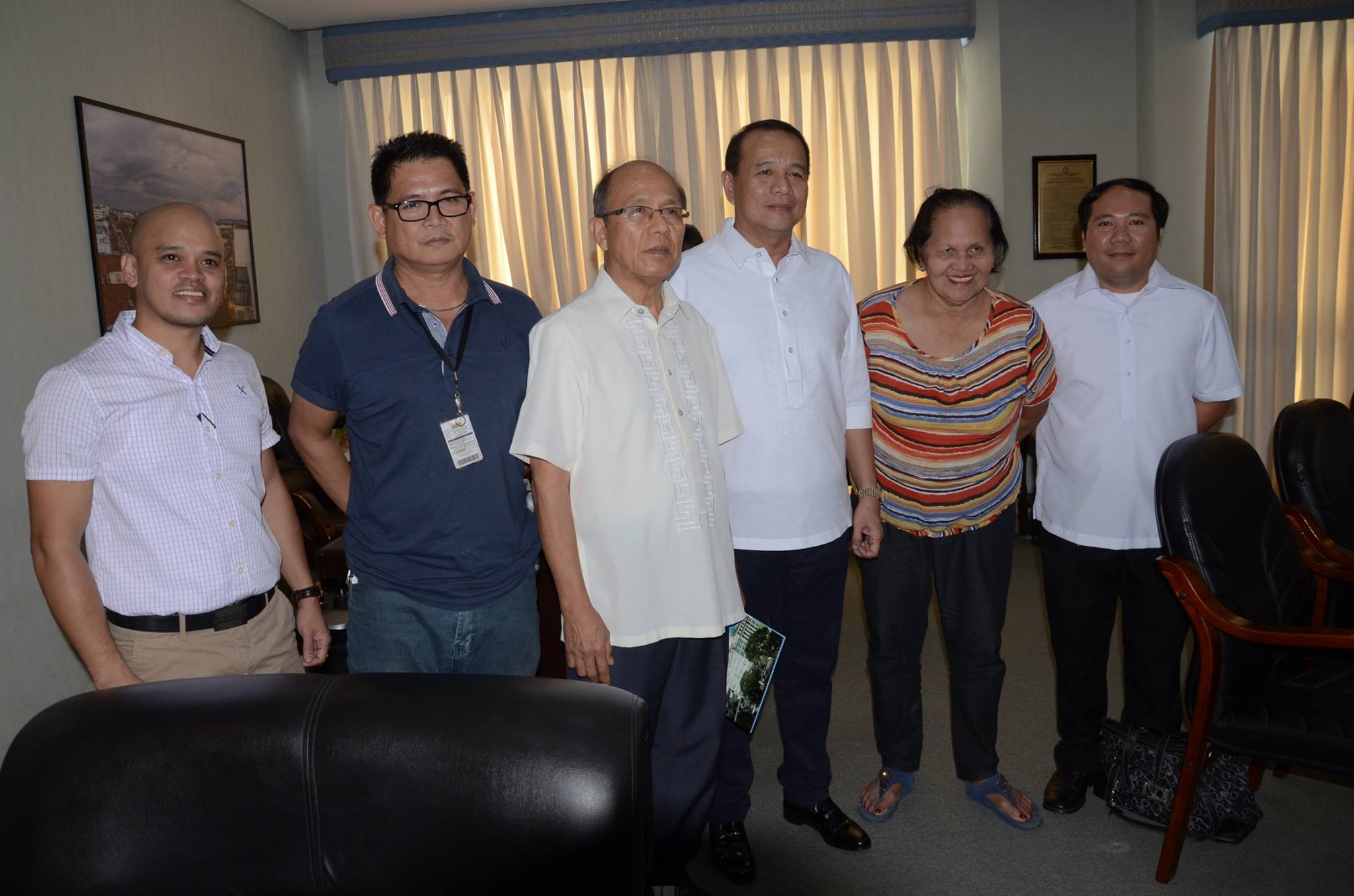 Edwin Laru-an (rightmost ) was one of the Inductees for Board of Directors of Water Districts in Iloilo. CPU President Dr. Robles (3rd from left) was with him at the Iloilo Provincial Capitol.

Apart from being a media man, Edwin Caro Laru-an is known to be a versatile, hardworking person. His many experiences at work prepared him to be proactive – first as a staff of the Educational Media Center, a Coordinator of the CPU TV Channel and later as CPU Sports and Athletics Director. For his staff and coaches, Sir Edwin was technically, socially and professionally oriented in all his endeavours.

For whatever reasons, Laru-an’s passion and much inclination with sports (particularly football), had him qualified as CPU Sports and Athletics Director. All throughout his job, people were at ease to approach him, discuss with him and play with him. One day, representatives of the Stallion Football Group from Manila were at the big field discussing a proposal for an event, and the Koreans were practicing at one end of the big field. It would not take long before Laru-an would consolidate an event that would give a chance to Golden Lions, the Koreans, the Stallions and the media.

Laru-an had a cordial personality so that during his work with media, he was able to meet and befriend some politicians and people in government. He was encouraged by friends to run at the Sanggunian in his municipality, but was given a better position as Board Member for their Water District later on.

He shared the idea that “doing many works to earn a living is solely for the family.” It was supported by reality that he and his wife Marie Claire, with his growing children, were living a modest, and quite comfortable family life.

His long-time and trusted Office Secretary Gibbs G. Caluba put it briefly: “Tama ka bakas nga klase ka amay para sa iya nga pamilya.” (Very industrious father for his family). Caluba added that, “Sir Edwin has helped many of our athletes. There was once an athlete whose son cannot enroll because he cannot pay for his tuition and fee. You know what Sir Edwin did? He charged the tuition and fee to his salary. So the son was able to enroll.”

For his remarkable achievements, Rev. Francis Neil Jalando-on CPU, Communications Director and OIC CPU Office of Sports and Athletics – particularly recalled the CPU’s great victory with the Golden Lions in the National PRISAA in 2018-2019 during the leadership of Edwin Laruan.

Sir Edwin Laru-an died last August 21, 2022. He left a legacy of leadership and friendliness. He was honored by CPU by having two vigil services at the University Church last September 1 and 2. It was well-attended by athletes, coaches, faculty and staff. “It was a victorious life with a legacy he left behind that would make us strong,” VP for Student Affairs Esther Rose Romarate said.