Loretizo was hailed as the Grand Winner of National Geographic’s “Everyday Genius”.

They bested 19 regional awardees and national nominees during the national screening assembly on November 24, 2018 at the RFM Corporate Center in Mandaluyong City.

Loretizo was hailed as the Grand Winner of National Geographic’s “Everyday Genius.” He is also a recipient of the GMA Network Excellence Awardee-Technology Based Category and of the Top Ten Jose Rizal Model Students of the Philippines Awards. 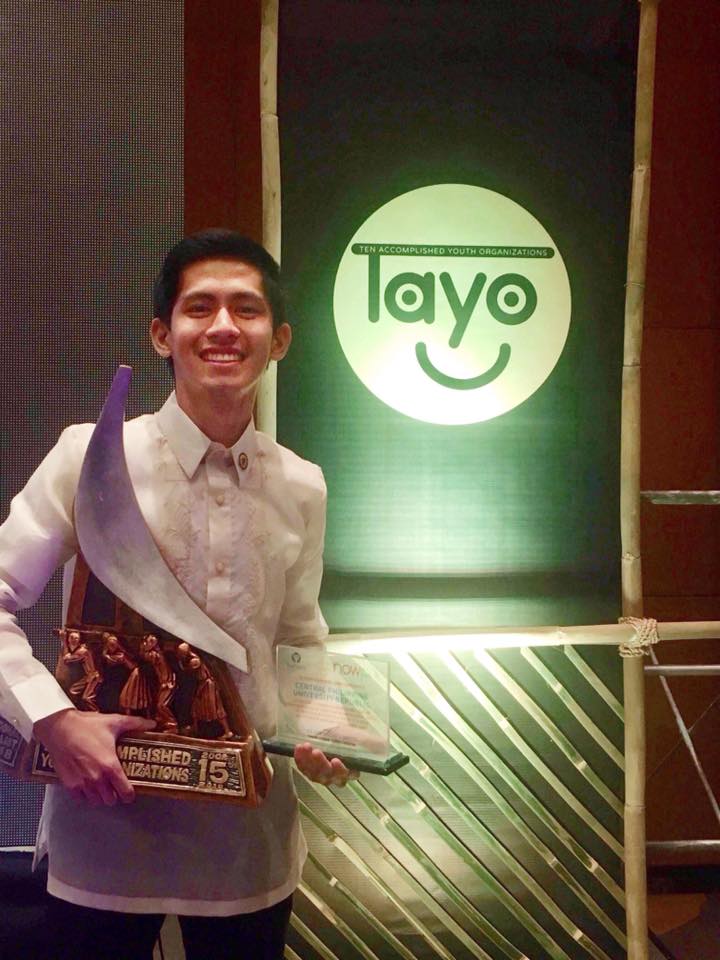 Under Española’s leadership, CPUR was recognized as one of the student organizations embodying the vision of #NowPh, an advocacy campaign of the National Youth Commission.

Española, on the other hand, is the 2016-2017 CPU Republic President. Under his administration, the CPUR was hailed as one of the Ten Accomplished Youth Organizations in the country. Through his leadership, CPUR’s advocacy, “Recycling Paper, Advocating Development in Society (REPADS) Project,” was recognized as a program that embodied the vision of #NowPh, an advocacy campaign of the National Youth Commission and the Climate Change Commission aiming to promote environmental awareness and initiatives.

The Ten Outstanding Students of the Philippines (TOSP) is an annual project of RFM Foundation, Inc. with the help and cooperation of the Commission on Higher Education (CHED), National Bookstore, The Rotary Club of Makati Central and the RFM Group of Companies.

Mr. Jose Concepcion, a prominent businessman, was inspired by the tenets of Dr. Jose Rizal, the national hero of the Philippines and because of that inspiration TOSP was born. Concepcion’s desire to honor students who are exemplars and leaders in their own academic fields and in their contributions to society resulted to TOSP being established on June 19, 1961, the 100th birthday of Dr. Jose Rizal, the embodiment of a model student who not only achieves academic citations, but also gives of himself to those in need. (www.tospac.org).