Dr. Andresito A. Millamena leaves behind a legacy of excellence in education 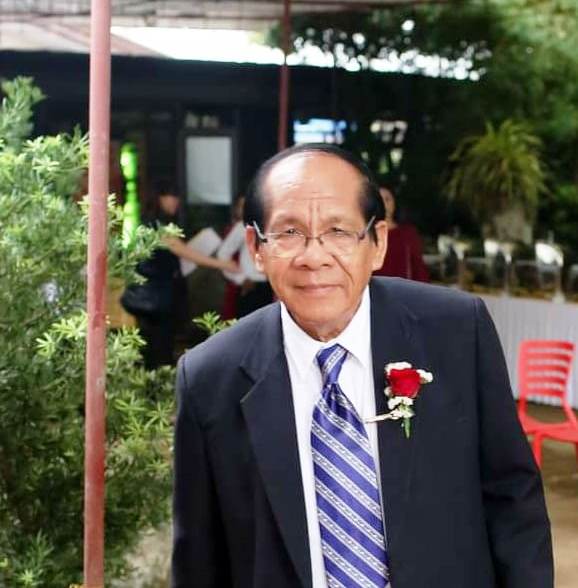 Dr. Andresito “Nonong” Millamena, as fondly called by friends and associates was a native of Sibalom, Antique. His aspiration to achieve good education was blessed with his desire and determination. He moved up to the ladder of success by working as a janitorial student assistant at Central Philippine University. He graduated from CPU, with a degree in Bachelor of Science in Agriculture in 1963.

Nonong Millamena, a hardworking student in his time is known to former Antique Governor, Sally Zaldivar Perez. “He was close to the Governor”, said a former Antique Board Member and now a faculty member of CPU, Prof. Eric Otayde.” He added that “The Millamenas of Antique are known to be a very decent family.” Nonong was married to Engr. Oseni Maribojo-Millamena, former Dean of the College of Engineering, with whom he has three children who are now professionals: Jessie John, Mary Ann and Mark Andrew.

Dr. Millamena served Central Philippine University as a faculty for 8 years (1963-1966, 1969-1974); as a member of the Board of Trustees for 13 years (1997-2010); Member of CPU Corporation for 40 years from 1989 up to 2020 as either a representative of CPU Alumni Association or Convention of Philippine Baptist Churches. He was re-elected in the recent CPU Corporation meeting to serve as a member up to 2025. He was also a long time member of the CPU Alumni Association Board of Trustees up to the time of his death. He also served in different capacities as Chairperson or member of several CPU Committees. He has held several positions at West Visayas State University; Government Agencies in Western Visayas and Manila. He has also been an Adjunct Visiting Professor at the University of Florida, USA.

He received several honors, awards, and scholarships in his country and abroad; foremost among them is his conferment of an honorary appointment to the Research Board of Advisors, Governing Board of Editors and Publication Board of the American Biographical Institute, Inc., Raleigh, North Carolina, USA.

He was the founding member and President of the Rotary Club of Jaro Centralian, and a member of many other professional, social, academic and religious organizations. He was one of the three Management Committee Members of Central Philippine University during its transition period in 2009.

During his retirement years, Dr. Millamena faithfully served God through the various ministries of the University Church especially the UC Baptist Men, and the Jubilant Choir.

In 1996, Dr. Millamena received the Distinguished Centralian Award. His name is included in the International Directory of Distinguished Leaders in Education and Community Service by the American Biographical Institute, USA.

He died last September 13, 2020, and his body will be brought to the University Church, CPU on September 20 for a Necrological Service.

He will be remembered by many as “an exemplary Centralian who has made a niche in the field of education.”