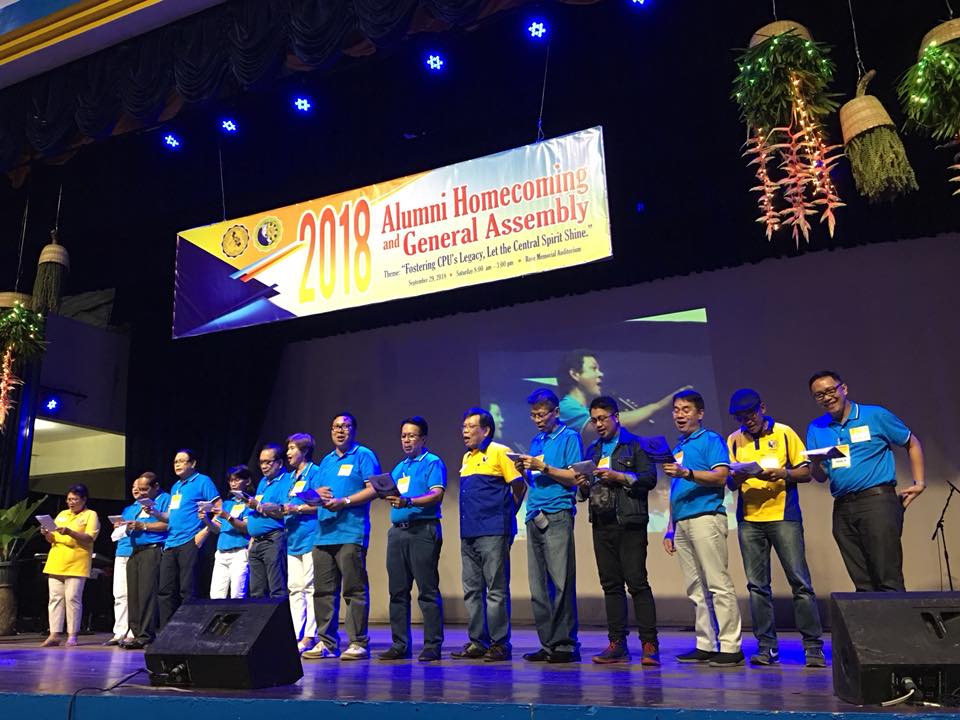 The officers of the CPU Alumni Association inc. – serving Centralians here and abroad.

Keeping the Central Spirit alive—Centralians numbering to 491 from here and abroad gathered together to celebrate Central Philippine University’s 113th Founding Anniversary and to rekindle their friendships and fond memories during the 2018 CPU Alumni Homecoming and General Assembly held at Rose Memorial Auditorium on September 29, 2018.

With the theme “Fostering CPU’s Legacy, Let the Central Spirit Shine,” CPU alumni were welcomed by the CPU Symphonic Band at the Rose Memorial Auditorium steps. They were then treated to a day of fun, food, and friendship. It was a celebration of God’s goodness to CPU and a celebration of being a Centralian. 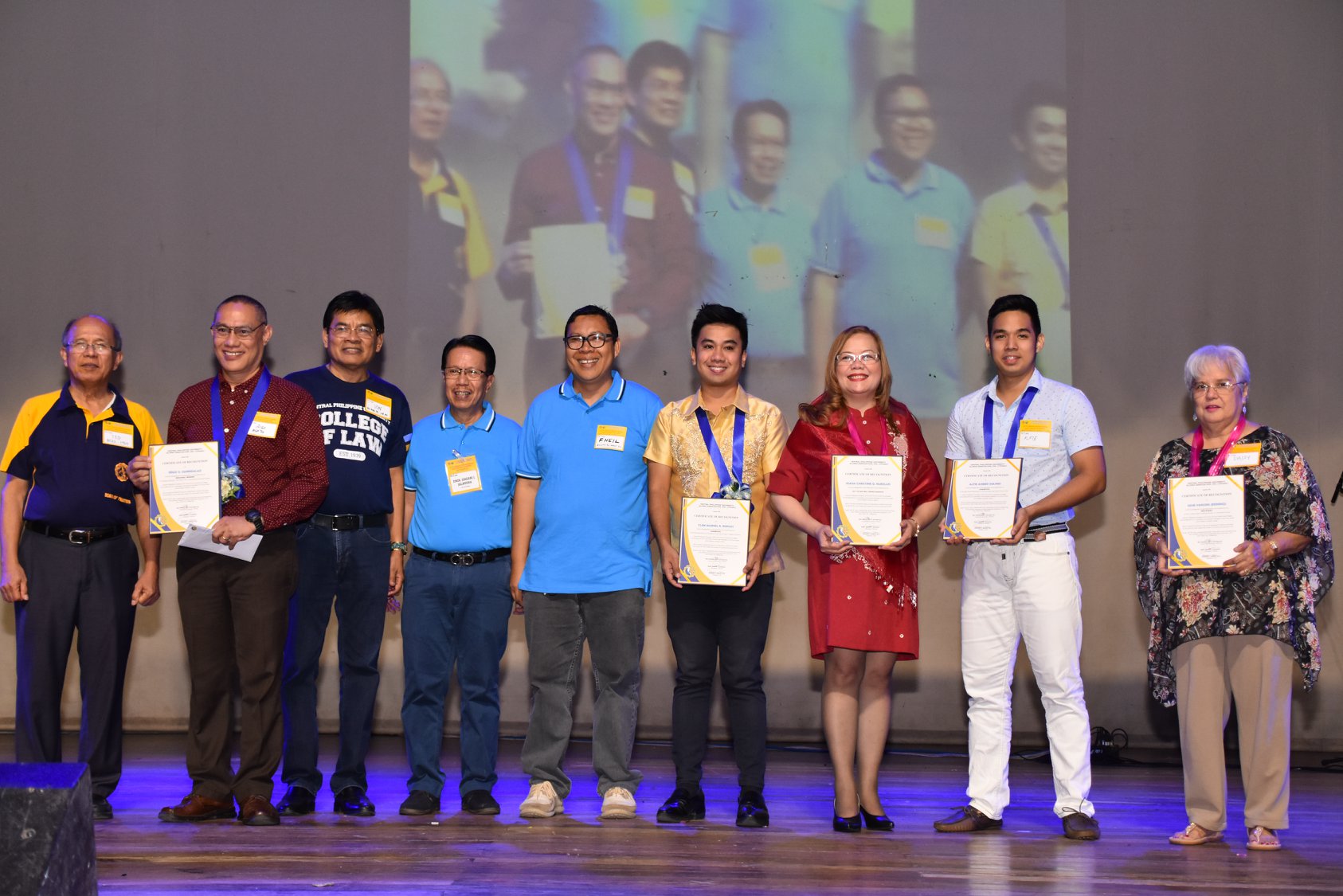 CPU President, Dr. Teodoro C. Robles, in his message, highlighted the importance of being together to celebrate the Central Spirit: “We thank God for bringing us together today from many different places. We are grateful that many Jubilarians are present here today. We hope that every year, we will have the presence of many different alumni chapters to make our celebration lively.”

Atty. Von Lovel D. Bedona, Chairman, CPU Board of Trustees, during his turn to give a message, encouraged the alumni to enjoy their visit to CPU and their fellowship with one another.

In his response on behalf of the alumni awardees, Mr. Garingalao highlighted the Central Spirit of excellence in the workplace: “This recognition, my friends and fellow alumni, is more than [just a] praise and [a] pat on the back. This is for us [an] affirmation that we have been true to being Centralians even as we have left the halls of Central… ”

Dr. Robles, during the CPU President’s Time, thanked the CPU alumni for their continued love for and support to CPU. He also highlighted the importance of the alumni community working together to make the bond of the Central Spirit stronger around the globe.

Meanwhile, Mrs. Flora Grace Guillergan-Cudiamat, President, CPU Federation of Overseas Alumni Association, talked about the scholarships given by the alumni community as a way of supporting young and passionate Centralians. After which, Mr. Rey L. Balago, Corporate Treasurer, CPUAAI gave the Treasurer’s Report and Atty. Noel C. Siosan, Jr. presented the nominees of the Mr. and Ms. CPU 2018 Alumni King and Queen 2018.

The homecoming and general assembly also awarded and recognized the Jubilarian batches: