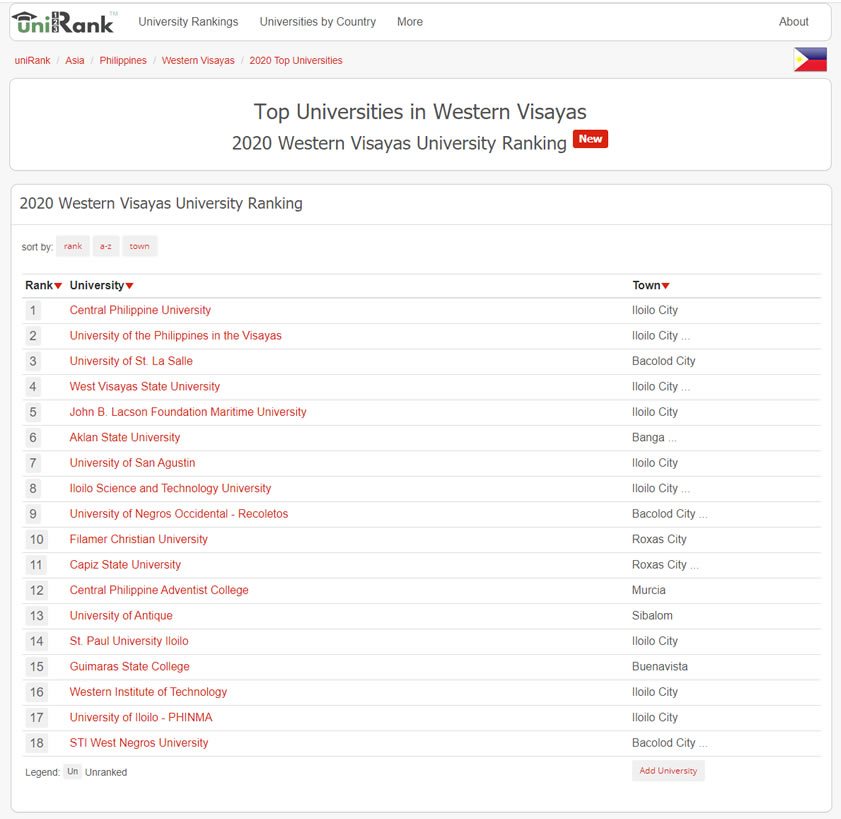 The CPU Website placed 1st in uniRank’s 2020 Western Visayas Ranking and League Tables as February 2020. The University also placed 24th in the Top 200 overall country ranking, a significant jump from last year’s ranking which was No. 33. Only one educational institution from Region VI entered the Top 30. The next school from the Western Visayas is the University of the Philippines-Visayas which is rank No. 40.

According to its website (https://www.4icu.org/about/index.htm#ranking): The aim of the uniRank University RankingTM is to provide an approximate global ranking of world universities and colleges based upon their web presence and popularity in terms of estimated traffic, trust/authority, and quality link popularity. This is especially intended to help international students and academic staff to understand how popular a specific higher education institution is in a foreign country.

CPU’s ranking is credited to the internet activity of its students, alumni, faculty, and staff. Since the re-launch of the Centralian Link an online publication of the University in 2016, the university website has been receiving a lot of traffic due to site visits, inquiries, and shares, mostly from alumni and foreign students who wish to study in CPU. Over the years, traffic on the CPU website as well as in its Facebook, Instagram, and Twitter accounts, has increased four times.

The CPU website is managed by Webmaster Mark Clemens Ortaliz under the Office of Communications.