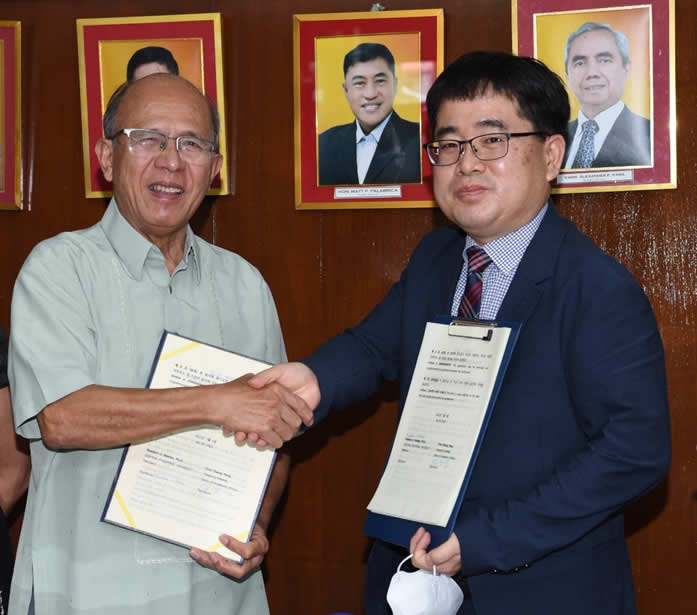 During the brief meeting before the MOU signing, Dr. Robles welcomed the partnership by sharing that the university has been working with other Korean academic institutions in various fields, the most notable area of which is on language teaching as CPU has been offering English as a Foreign Language (EFL) and English as a Second Language (ESL) to many Korean students. For Dean of Academic Affairs Choi Chang Yong, the new partnership will open opportunities for both their faculty and students.

The partnership between CPU and Hanyeong University was made possible because of CPU’s professional connection with Green International Technological College, Inc. (GITC), a language school in Iloilo. CPU has been offering ESL courses to Korean students of GITC before pandemic. 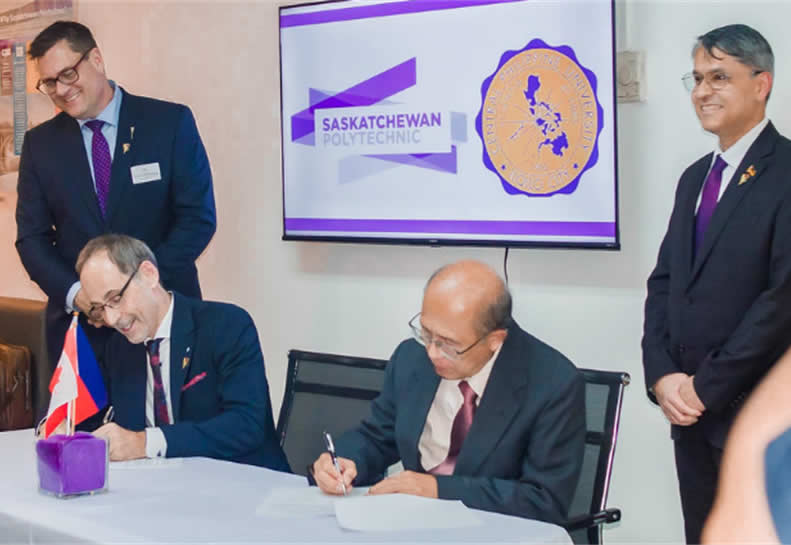 In the media release of Sask Polytech, Dr. Larry Rosia, President of Saskatchewan Polytechnic, shared that their partnership with CPU supports their internationalization strategy, while Dr. Robles sees the partnership as an opportunity for students and faculty to pursue research and to participate in programs especially in areas that the university and Sask Polytech see as integral to achieving sustainability.

Witnessing the MOU signing between CPU, represented by Dr. Robles, and Sask Polytech, represented by Dr. Rosia, were the Minister of Health, Government of Sakatchewan, The Honorable Paul Merriman; Sask Polytech’s Dr. Has Malik, Provost and Vice President (Academic), Christa MacLean, School of Nursing Dean, and Angela Wojcichowsky, International Partnerships and Projects Director; and representatives from The Embassy of Canada in the Philippines.