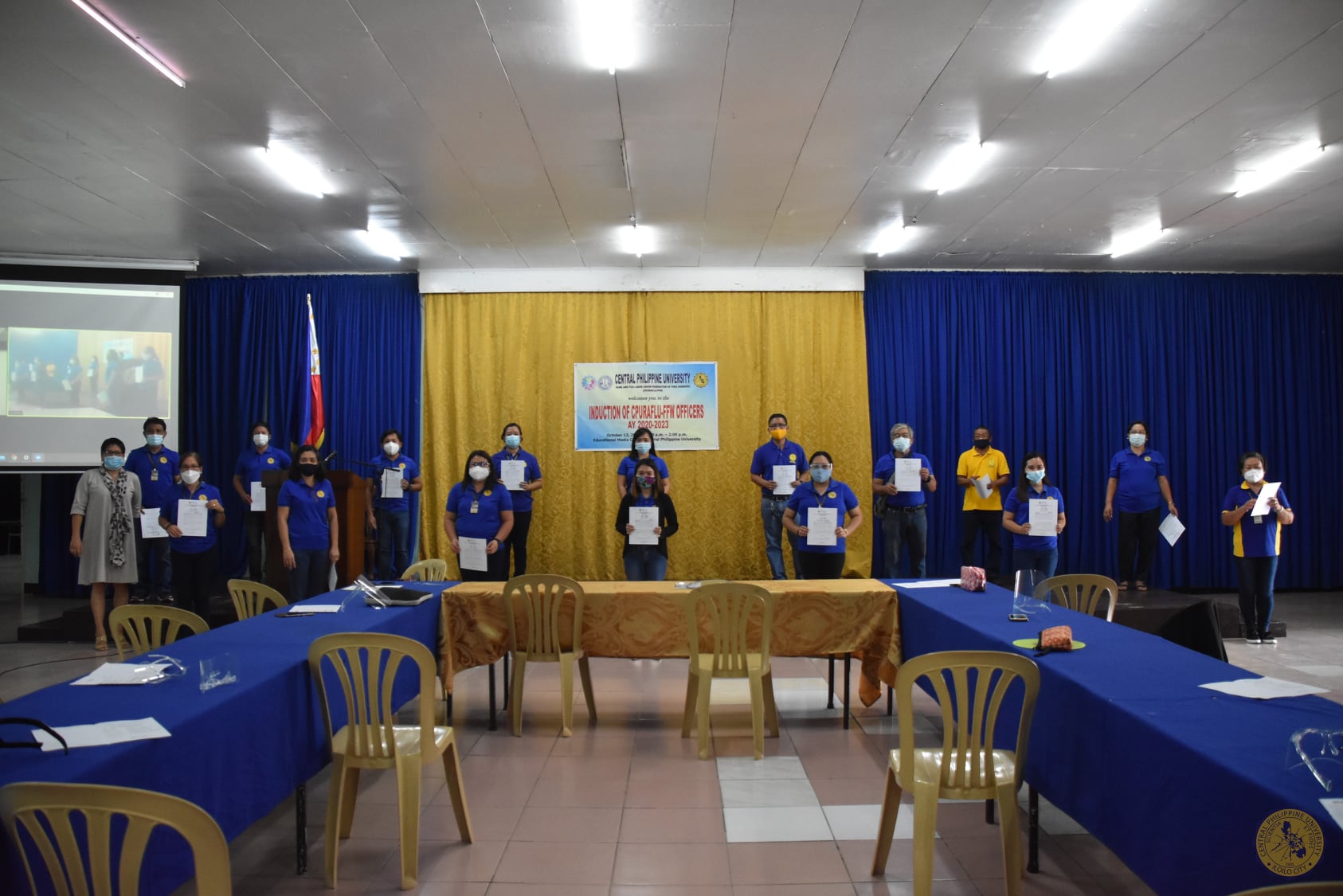 RAFLU Officers during their induction at the Educational Media Center.

The newly elected officers of the CPU Staff Labor Union were inducted on Tuesday, October 13, 2020, by University President Dr. Teodoro C. Robles. The induction ceremony was held at the CPU Educational Media Center.

CPU RAFLU outgoing president Ms. Amalia F. Campos, expressed her gratitude to the staff members, thanking them for their loyalty and support during the many years she served the union and the University. She thanked the CPU Administration and Dr. Robles for the understanding and support of the staff union during her leadership.

In her response, Ms. Ma Victoria G. Bellosillo, newly elected CPU RAFLU President, assured everyone of her best to serve the union. The following Officers and Board of Directors were inducted: