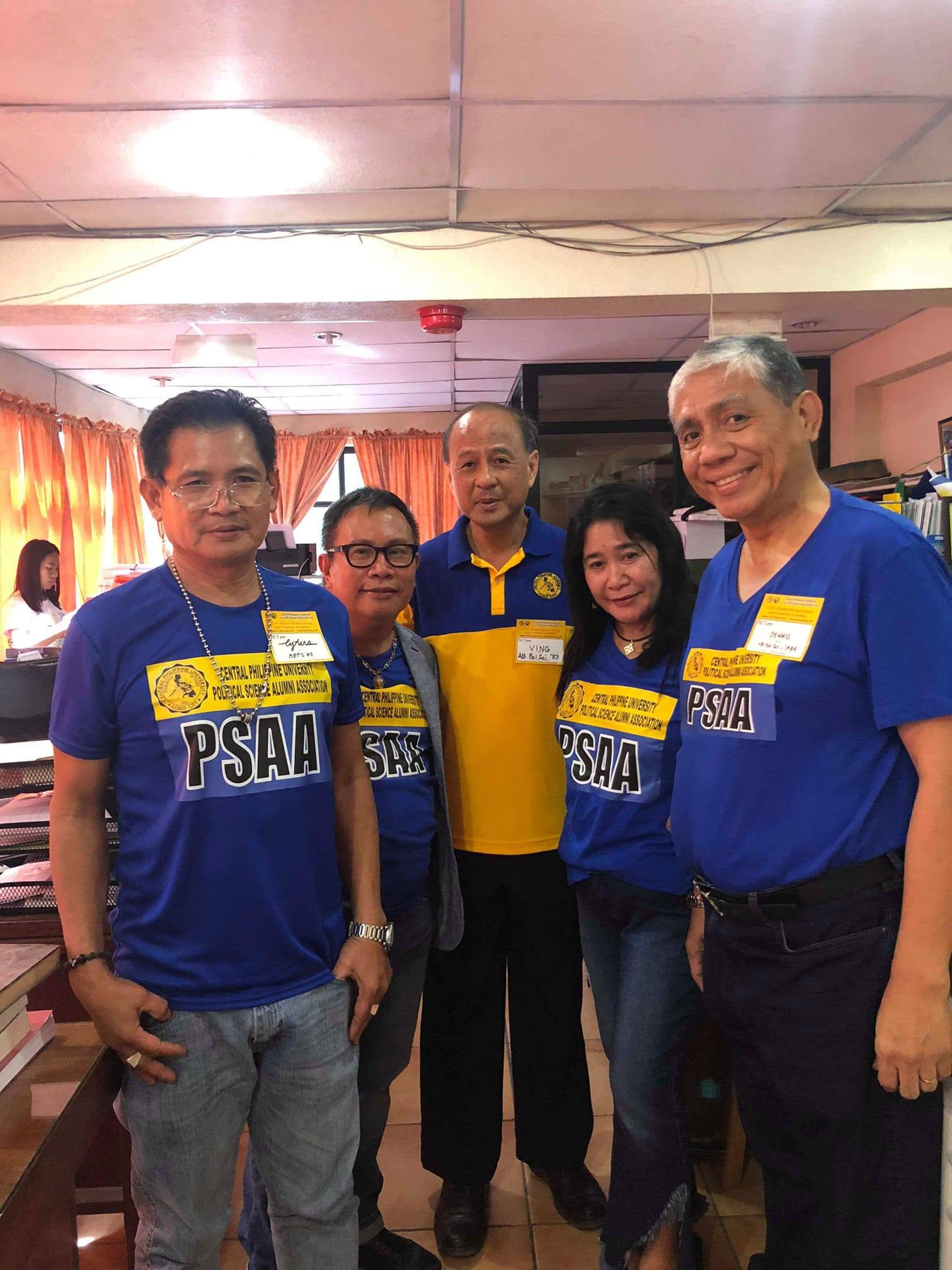 On its 5th anniversary as a special chapter of CPUAAI, the Political Science Alumni Association (PSAA) will hold a virtual convergence this December; owing to health protocols.  PSAA President Eric ’Noy’ Otayde (CPU PolSci. Batch ’84), bared his plans to look back and celebrate what the organization had achieved.

PSAA is an association of alumni of Political Science from Central Philippine University. Some of its members have become lawyers, businessmen and executives; some have positions in government agencies, local government units, private and public corporations. To mention, Atty. Dennis Ausan, COMELEC Regional Director for Region 6, is an alumnus of CPU PSAA batch ‘84.

The PSAA has given lectures such as “educating the electorate with new information systems” to students of CPU.