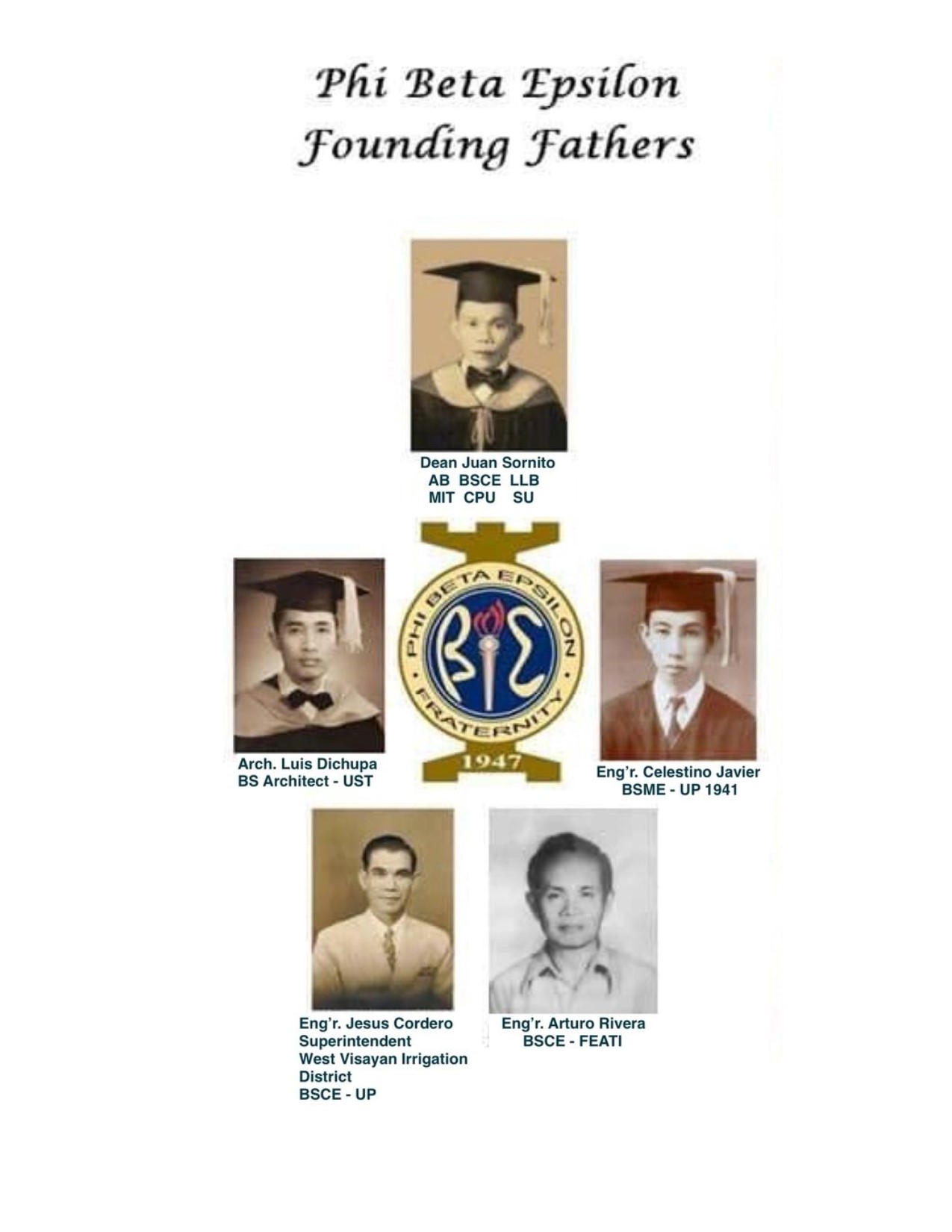 The celebration will start with a Caravan from CPU campus in Jaro, and will pass by ISAT-U and WIT campuses in La Paz. It will proceed in route to Iloilo Provincial Capitol, Iznart and JM Basa streets, passing the UI campus, Plaza Libertad, Iloilo City Hall, then back again passing the USA campus ending up in Punta Villa, Iloilo City for its brotherhood reunion and lunch at the Crown Ballroom.

“The Phi Beta Epsilon is a Professional Fraternity for Engineers, currently exclusive to the students in the College of Engineering of CPU and other universities and colleges in Iloilo City. Its purpose is to bind the top and talented engineering students from different engineering schools in Iloilo City together, so that they may work shoulder to shoulder for a common good and noble end.”

In 2008, a sixth chapter joined the fraternity, the Iloilo Science and Technology University. These schools are based in Iloilo City, Philippines.” He added that, “The fraternity currently has several alumni member organizations, based in the Philippines and abroad. A global network of Betans are ready to support the Resident Members in all chapters in particular and the fellowship in general.

The momentous occasion, will be highlighted by the Betans giving recognition and utmost respect to the Founding Fathers of the fellowship.