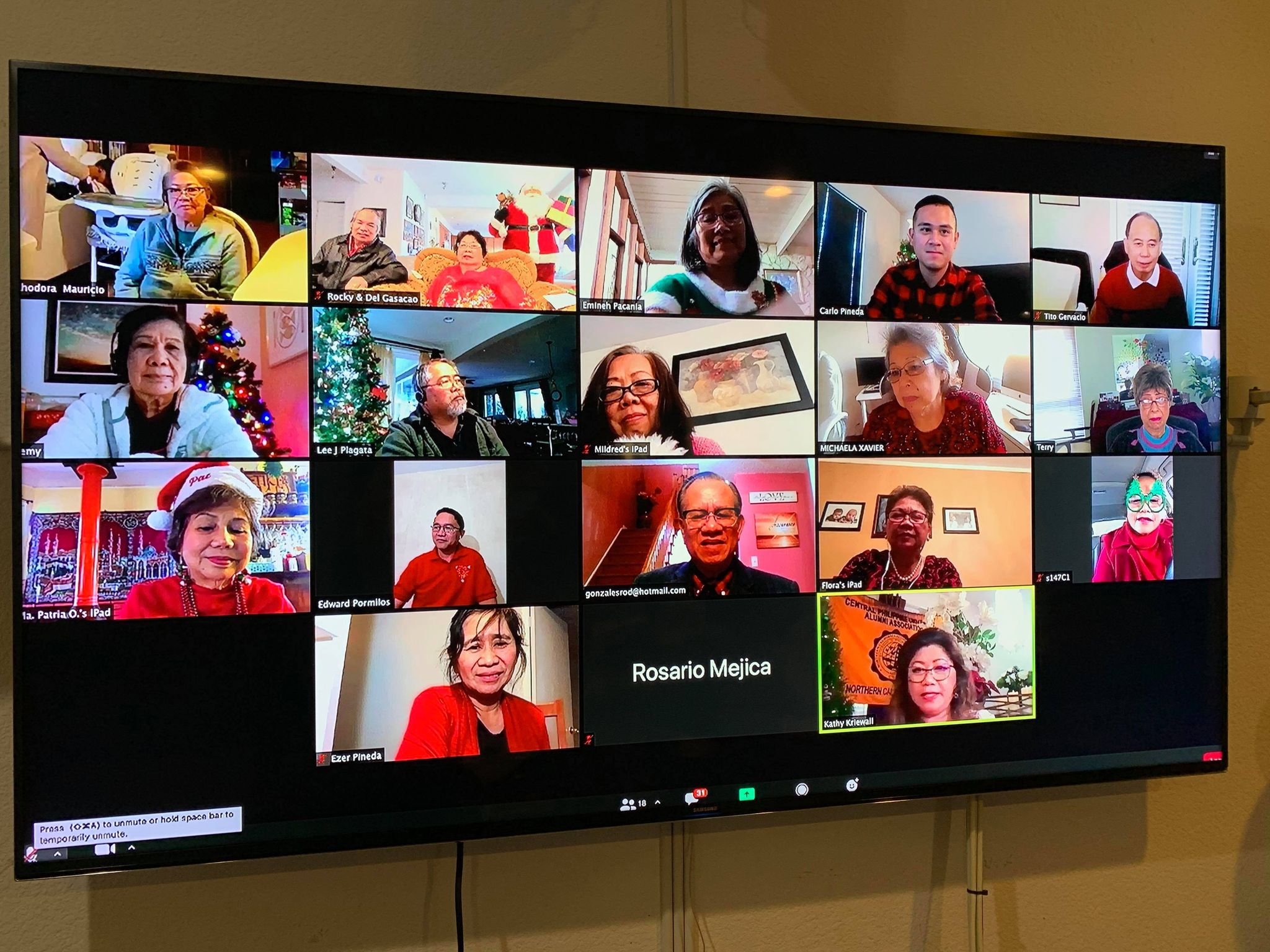 NORCALAA celebrated their Christmas Party and Induction of officers via Zoom.

The pandemic situation could have deterred some Centralians around the world from celebrating Christmas with their group or association. Some alumni groups did it using Zoom and other virtual platforms.

Pastor Pormilos said that “the online games and creative activities have truly spread the joy and meaning of Christmas. He added that “the games” included guessing the total number of Christmas M&Ms in a jar, Christmas Bible Trivia, Price is Right, and Name the Christmas Tune.
Other meaningful activities included the Showcase of Christmas ornaments and individual costume and the singing of Christmas songs led by incoming VP Carlo Pineda with his violin. A short Christmas message was delivered by Pastor Richard Pacania. It was followed by the
induction of new officers and the acceptance speech of Pastor Pormilos.
In his brief exhortation to the new officers, Mr. Gonzales shared the Christ-modeled leadership characterized by grace and servanthood. He also cited that God called us into the service not because we are qualified but He qualifies us because we are called.

Pastor Pormilos in his acceptance speech mentioned that his embrace of the critical position was meant to fill the gap or need left by the outgoing President who will be transferring residence. He also considered it “a call from God to serve CPU again through the chapter after spending 6 highly fruitful years before migrating to the USA.”

He envisioned that the new cohesive leadership will follow the legacy of Christ-centered leadership and dedicated service left by Mrs. Kriewall.