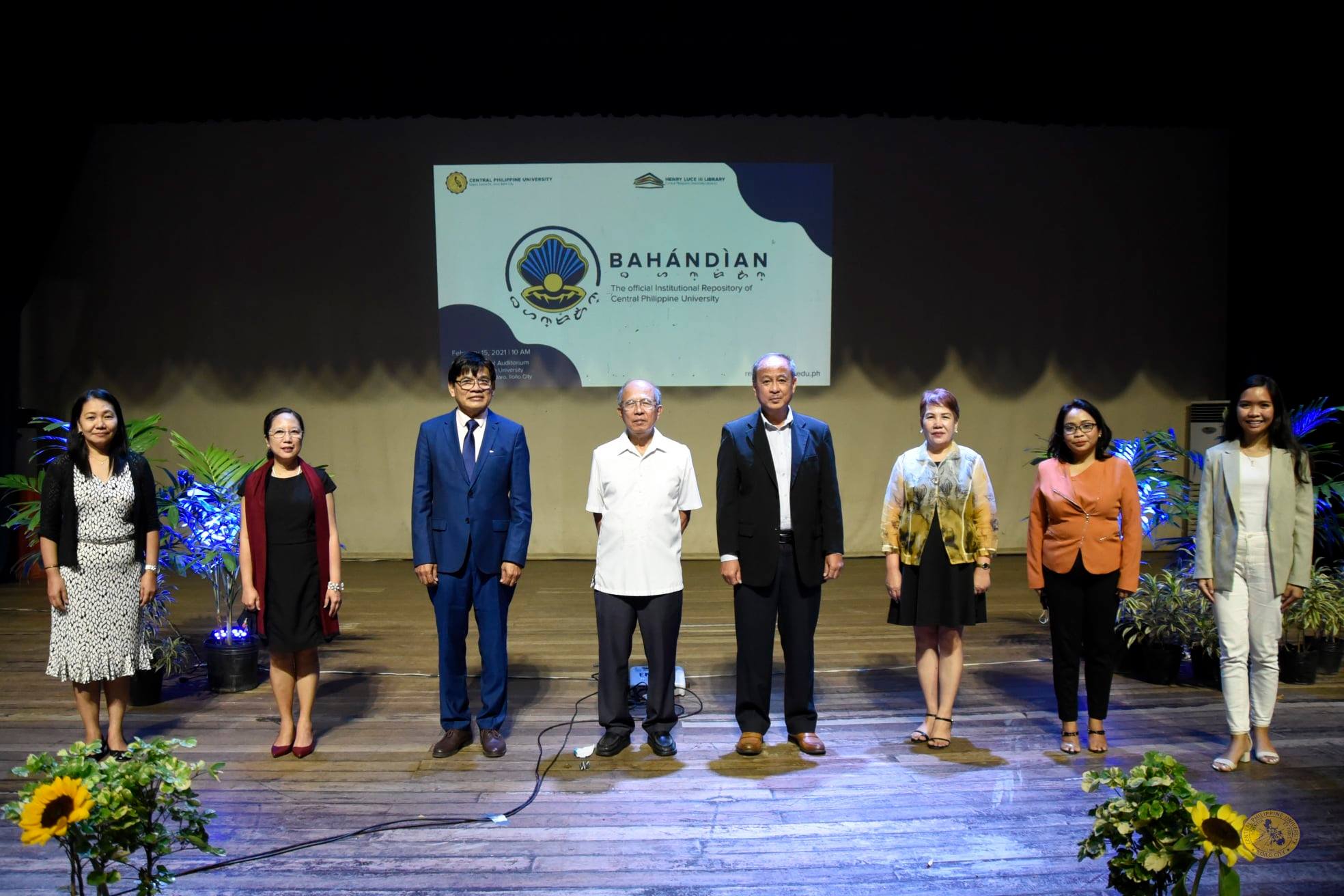 On February 15, 2021, Central Philippine University launched BAHÁNDÌAN, the first academic digital research repository in the Region established by a university.

The event was held at Rose Memorial Auditorium. To adhere to health and safety protocols, only a few guests were allowed in the venue. A virtual launch was streamed via the CPU TV Channel Facebook page for the general public.

University Church Senior Pastor Rev. Cris Amorsolo Sian led the Opening Prayer. In his Opening Remarks, Vice President for Academic Affairs Dr. Irving Domingo Rio said that the repository can provide access and make the university more visible in the global research community. He also acknowledged the efforts of Dr. Reysa Alenzuela for spearheading the said endeavor and the university librarians for their support.

“The shift to online learning opened up a lot of possibilities and a need for online resources,” said CPU President Dr. Teodoro Robles. He also said that the establishment of the university repository will give access to various online resources to the public.

A special video presentation followed to officially start the launching to precede the official launching.

The virtual streaming of the launch generated more than 2,000 views.

The repository’s name BAHÁNDÌAN is from an Ilonggo term meaning treasure chest.

It was established to provide open, online access to the University’s research and scholarship, to preserve these works for future generations, to promote new models of scholarly communication, and to help deepen community understanding of the value of higher education.