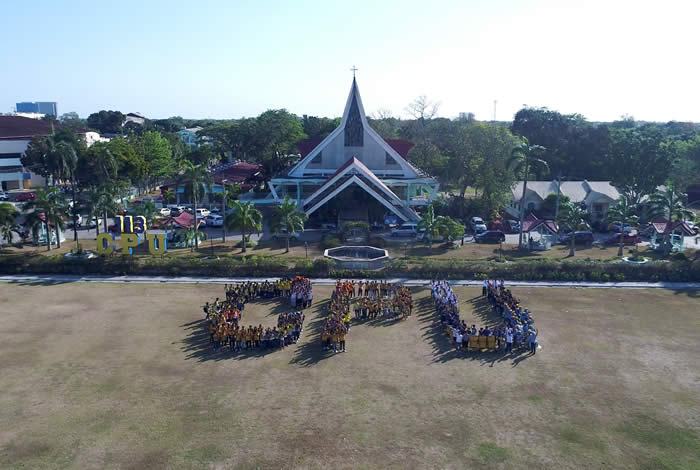 For the glory of God and the pride of Central – the CPU Golden Lions aim to represent the best of  the university during sports events and competitions.

Celebrating the testimony of sportsmanship and honoring its athletes—Central Philippine University held the “Golden Lions’ Day” at the Alumni Promenade Concert Park on March 22, 2019.

The event started with a parade of sports teams from the CPU Gym leading up to the APCP.

Rev. Francis Neil G. Jalando-on, Director, CPU Office of Communications and Coach of the Golden Lions Table Tennis Tertiary-Women, led the devotional and opening prayer. In his message entitled “Let Us Play,” Rev. Jalando-on encouraged the athletes and coaches to be passionate and persevering: “Let us continue to play for God and for Central Philippine University.” His message highlighted the acronym PLAY which meant: be Passionate, Love life to the fullest, Allow God to shape your life and Yearn for more. 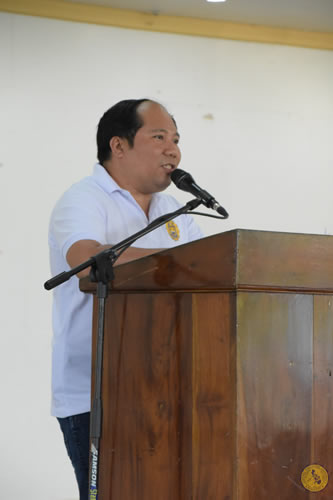 After the devotional, Ms. Crista S. Huyong, Coordinator, Cultural Affairs, led the singing of the Philippine National Anthem and the Alma Mater Song. It was then followed by the welcome greetings of Mr. Edwin C. Laru-an, Officer-in-Charge, CPU Office for Sports and Athletics.

Mr. Laru-an congratulated the athletes and coaches for a successful school year: “We are the overall champion in the Iloilo PRISAA with the highest number of championships in the elementary, high school and tertiary level.”

He also thanked all those who supported and rooted for the CPU Golden Lions: “Every team has its own story. We are here to celebrate our victory—and we share the glory to God Almighty, to the CPU Administration, alumni, parents, benefactors and to all Centralians and dedicated coaches.” 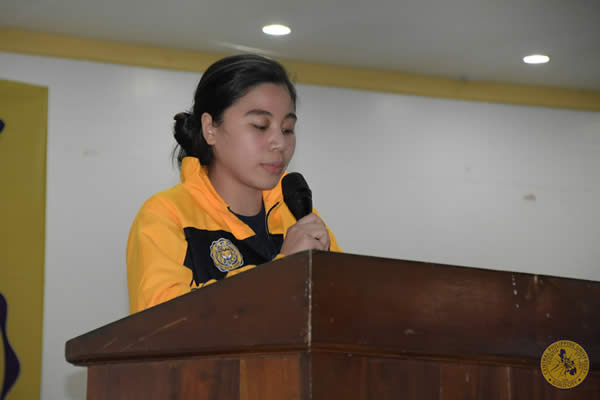 Ms. Cara Nicole Vidallon encourages her fellow athletes to use their talents for the glory of God.

Vice President for Student Affairs, Rev. Joniel Howard H. Gico, in his message, he encouraged the athletes and coaches to use their victory as a testimony of faith: “We have all the reasons to gather, to rejoice, and to be thankful to the Lord for all the blessings we have received.”

For his inspirational message, CPU President, Dr. Teodoro C. Robles, expressed his gratitude and appreciation to the coaches and athletes for representing the university in various events and competitions: “We should thank God for giving you this talent that you share with the rest of the Philippines and, for sure, with the rest of the world eventually.” 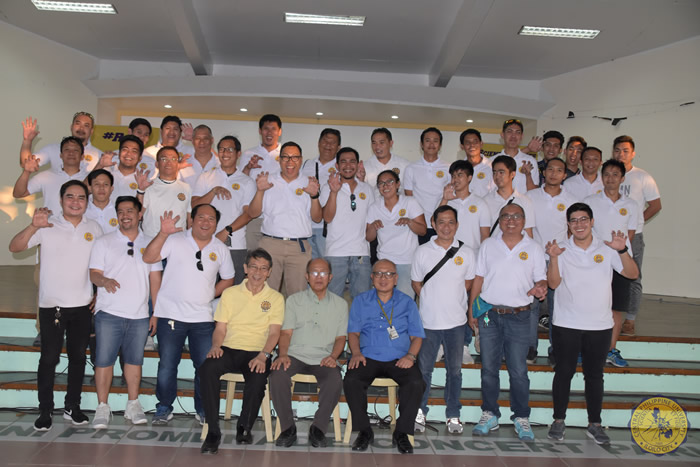 Dr. Robles encouraged the athletes to utilize every experience to glorify God and to inspire others: “We hope that you will continue in your participation. Win or lose. It does not matter. What is important is that you learn from your experiences.”

After the message, a plaque of appreciation was given to Dr. Robles by Mr. Laru-an, Rev. Gico and former CPU Sports Director, Mr. Alejandro S. Somo.

After this acknowledgment, Mr. Laru-an read the team accomplishments. The athlete’s response was then given by Ms. Cara Nicole Vidallon from the Taekwondo Tertiary Women’s team.