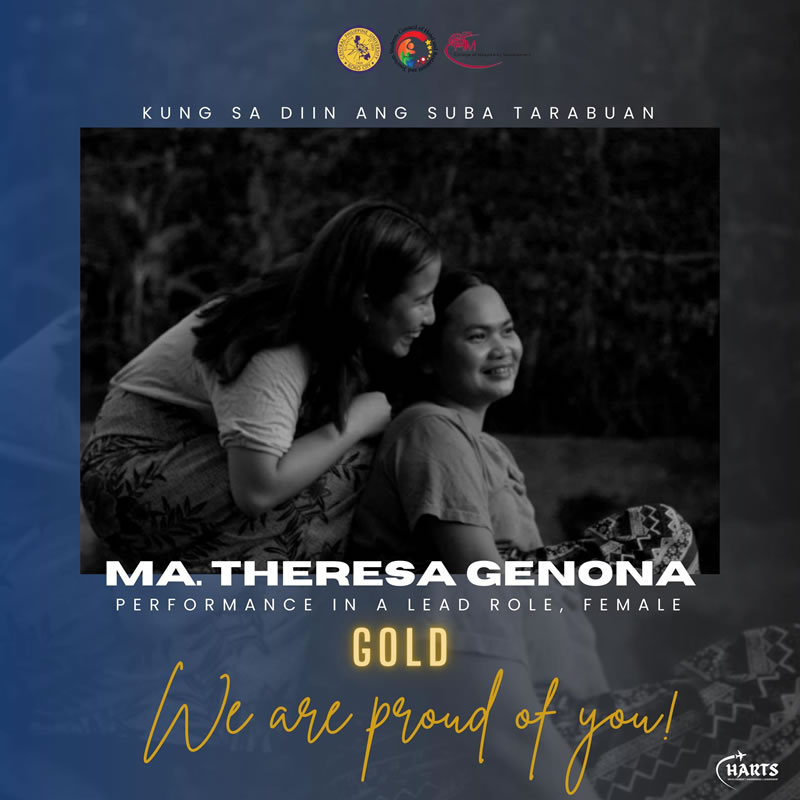 The Ilonggo film production was chosen as Best Film, and Genona as Best Actress. Genona is on her 4th year in BSHM. She trains in film making with her group during free time. She is also a diligent work student and has a scholarship under the work-study program.

“Genona is a humble, diligent and talented student,” CHM Asst. Prof. Ismael Almajhar observes. She is the daughter of Catalino and Janet Genona.