CPU Alumni Golfers Association sponsors 17th “Golf for a Cause” 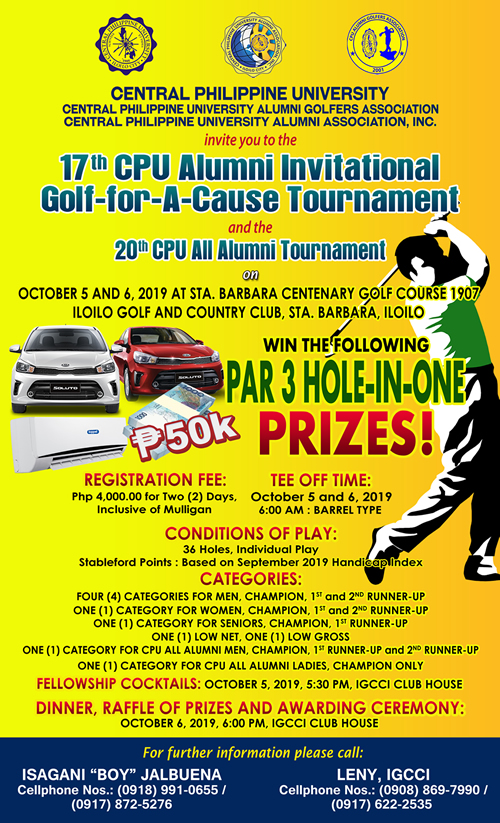 Central Philippine University’s 114th Foundation Day brings along another big event to be participated in by golfing graduates of CPU, with other golfers from all over the country. The 17th CPU Alumni Invitational “Golf for a Cause” tournament will be held on October 5 and 6, 2019 at the famous Golf and Country Club Centenary Golf Course at Santa Barbara, Iloilo.

Two units of Kia Soluto await winners who could hit a hole-in-one. Fifty Thousand (50,000) cash and inverter-air conditioners and TV sets are also among other prizes to be won in the tourney. Proceeds from sponsors would benefit university athletes who come from low-income families, according to Dr. Glenn Catedral, President of the CPU Alumni Golfers Association.

The Santa Barbara Golf Club is the oldest golf course in Southeast Asia. The 18-hole golf course opened in 1907. CPUAAI President and member of the CPU Alumni Golfers Association, Engr. Isagani J. Jalbuena is among the devotee golfers of the Club.