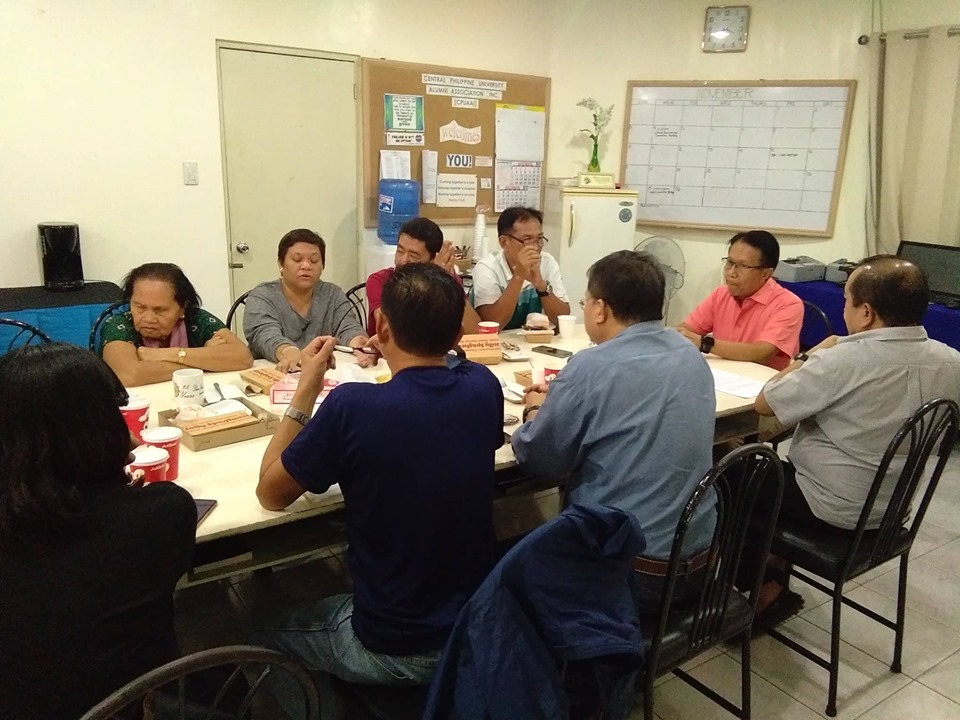 The Centralians in Mass Media Association (CMMA) of the CPU Alumni Association elected its new set of officers for 2019-2020 on November 15, 2019, at the CPUAAI Conference Hall, Alumni Affairs Office, Central Philippine University.

The following are the newly elected officers of Centralians in Mass Media:

The CMM members are engaged in mass media – broadcast, print, and social media blogging. Former City Councilor and Centralian Attorney Joshua Alim is among the founding members of CMM.

Alim, in his post on Facebook, called all Centralians in Mass Media to “continue to serve our Alma Mater for the greater Glory of the Almighty Father.”

The newly elected officers will take their oath of office during the opening of the Festival of Lights and Music at Central on December 6, 2019.