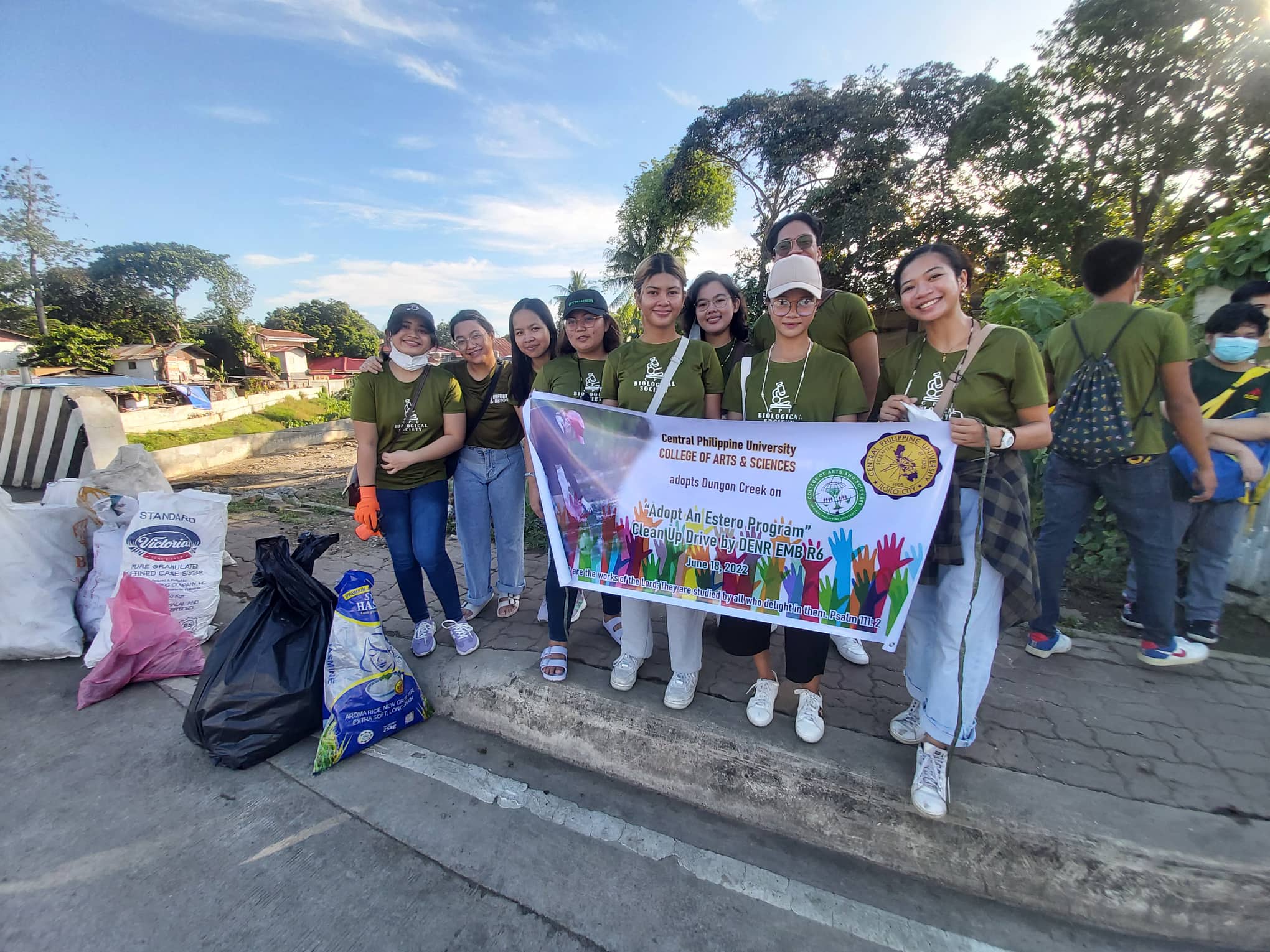 Central Philippine University adopted Dungon Creek as part of the “Adopt an Estero Program”, a Clean-up drive organized by the Department of Environment and Natural Resources Region VI last June 18, 2022.

Students from CPU Biological Society and other colleges partake in a collaborative undertaking together with the community, local government unit and officials, concerned settlers and the DENR to achieve a cleaner, safer and healthier environment for the communities along Esteros.

Volunteers from Central Philippine University were led by Mr. Prim Vergara III, Head, CPU Office of Safety and Health and Chairman of the Sustainable Campus Committee along with Engr. Levi de los Santos, Director of CESL.

The activity lasted for two hours in which volunteers were able to clear the area around Dungon Creek from inappropriate disposed trash. Since its launching in 2010, the “Adopt an Estero program” of the DENR has received appreciation and widespread support from the private sectors, local communities, local government units and volunteers, as well as environmental groups as it paves way to a safer and cleaner estero communities.