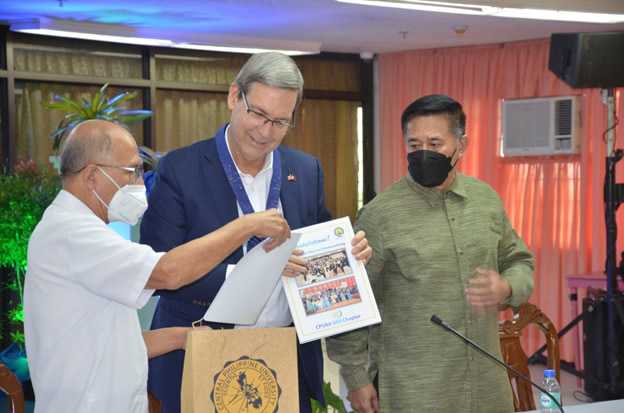 On August 30, 2022 at 3 o’clock in the afternoon, the CPU administration headed by Dr. Teodoro C. Robles received the Ambassador of Canada to the Philippines, H.E. Peter MacArthur.

His itinerary to Iloilo City included a visit to CPU to talk about possible partnerships and collaborations with Canadian higher education institutions and organizations.  During the visit, Amb. MacArthur emphasized the strategic partnerships of CPU with several universities in Canada such as the Camosun College, Nova Scotia Community College, and the University of Fraser Valley as avenues to collaborate in terms of common areas of academic interests to benefit the students, faculty and the institution as a whole.

The Ambassador also took note of CPU’s agriculture and environmental sciences and nursing programs as a bright prospect for more collaborative partnerships with Canadian companies and industries.